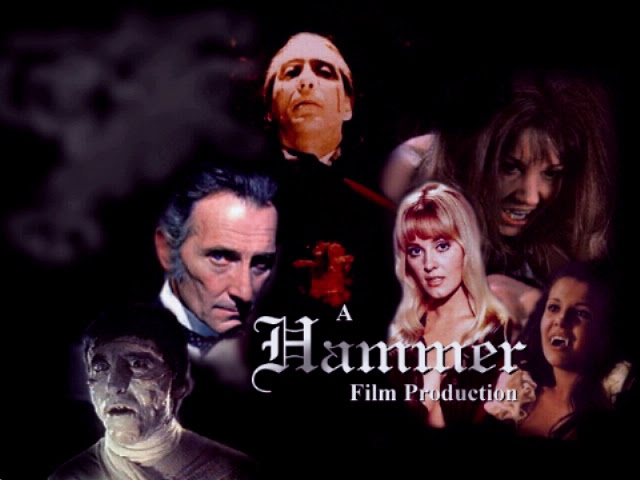 Peter Cushing, Valerie Leon, Michael Gough, Ingrid Pitt, Sir Christopher Lee, Caroline Munro, Bela Lugosi, Barbara Shelley, Oliver Reed, Barbara Steele….. Just some of the names to star in Hammer Horror films.
Founded in 1934, Hammer Horror brought us many legendary pictures over the years, who can forget Sir Christoper Lee’s performances as Dracula in films such as “Dracula”, “Dracula: Prince Of Darkness”, “Dracula Has Risen From The Grave”, “Taste The Blood Of Dracula”, “Scars Of Dracula”, “Dracula A.D. 1972” & “The Satanic Rites Of Dracula”, among other classics he starred in such as “The Mummy”, “The Curse Of Frankenstein”, “The Two Faces Of Dr. Jekyll” “The Gorgon” and many more!

And of-course you can’t forget Sir Christopher’s partener in crime, Mr. Peter Cushing! The man who starred in many films alongside his friend, but he also starred in many great Hammer Horror films such as “The Abominable Snowman”, “The Brides Of Dracula”, “Creatures/Captain Clegg”, The Evil Of Frankenstein”, “Frankenstein Created Woman”, “Frankenstein Must Be Destroyed”, “Frankenstein And The Monster From Hell”, “The Legend Of The Seven Golden Vampires”, also the trilogy of “The Vampire Lovers”, “Lust For A Vampire” & “Twins Of Evil”

Hammer Horror was also known for producing talented actresses to star in their films, fan favourites such as Ingrid Pitt, Caroline Munro, Barbara Steele and many more. The actresses were usually busty and beautiful, which shows that even way back it was a case of “Sex Sells”, but it wasn’t just their beauty that shined on screen, it was also their pure acting talent, which you’d need to star alongside such amazing casts the films had.

The films were always colourful, gloomy always the perfect setting for whatever the scene needed. They may not have aged well and have been spoofed many times, the best homage to it (spoof-wise) was “Carry On Screaming” made when Hammer Horror was at its most popular.


What we have to remember is Hammer Horror set the bar very high for Horror films worldwide, yes we may have moved on from the days of Gothic Horror, away from castles, mad scientist’s etc but these films are still loved by Horror fans, especially me, they will always be a highlight of our Horror history and I hope that future generations of Horror fans will continue to appreciate these films for the beautiful pieces of work that they are. 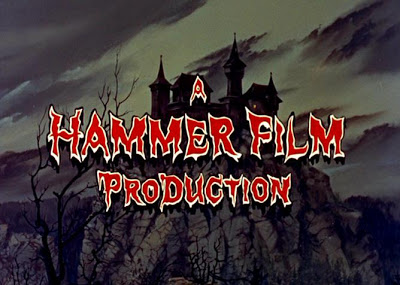 I always have and always will enjoy Hammer Horror, yes they may not be scary in this day and age, but you get so much entertainment out of them. If you haven’t watched any of these classics then I suggest you do, you don’t even need to be a Horror fan to enjoy them. My love for Hammer will never die, it’s just not possible.
Now stop reading this and stick one on now and enjoy! 🙂