There’s no doubting the holiday season is here, in my last post I gave you part 1 of my list of Xmas Horror films and before I do part 2 I thought I’d give a review of one of my favourite Xmas Horror films, “Santa’s Slay”

Bill Goldberg plays the devil’s son who lost a wager with a angel and was forced to spend 1000 years playing Santa, but now the wager of that time has run out, and good old Santa isn’t so joyful anymore. He makes up for lost time and starts to kill people. 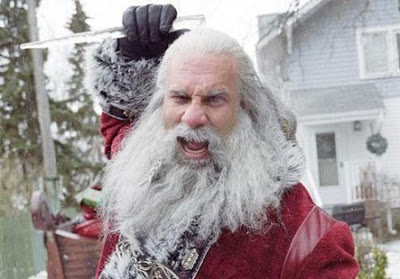 Imagine if Santa was 6’4″, 285 lb and most of that weight was pure muscle…. Oh and also the son of Satan who has an anger problem. Yeah doesn’t sound like a nice guy now does he. This twist on the Saint Nic legend is brilliant and thoroughly enjoyable.

Bill Goldberg was the perfect casting choice, he may not have the best acting ability in the world but his aggressiveness can-not be beaten and he is very intimidating. 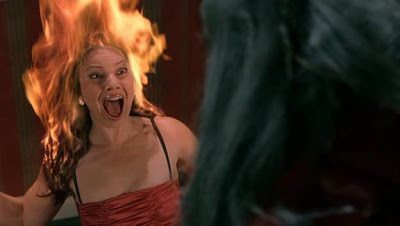 This comedy-Horror is pure entertainment for the Holiday season, the films intro is one of the most funniest scenes I have ever watched on film and you know what you’re in for the rest of the film.
The supporting cast are just as good, I love quirky old Grandpa, who is acted brilliantly by Robert Culp, he’s my favourite apart from our killer Santa.

Yes it’s cheesy & it’s camp but it’s also bloody, entertaining & fun. What more could you want from a Xmas  comedy-Horror?
To see the trailer for “Santa’s Slay” click here