The popularity of the traditional ghost story is rising.

We all love a good ghost story, the main word being “Good” but what is it about them that makes us keep coming back to them? 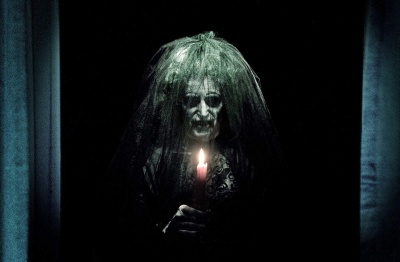 Whether you’re a religious person or not we’ve all had the thought of “What happens after we die?”, it’s an age old question that Humans have pondered over for centuries. We seem to be obsessed with the afterlife and what it has in store for us.

It makes sense then to turn that sort of fear and questioning into a scary movie then, of-course there have been different variations over the years of presenting a ghost story and sometimes a story is better told than watched.

As a child I loved a good ghost story and would relish the times I would be told one, I never got the story around a camp-fire but what I did get was old black and white films and even old stories on vinyl that my Grandfather had in his attic. I would soak up each word that was told by the narrators and close my eyes to try and imagine being there myself, I’ve even found some of these old stories on YouTube which I like to revisit every now and then.

As I grew older I admittedly got bored of the paranormal and supernatural but what I noticed was that so did film, the releases of this sub-genre dwindled down in favour of other trends of the time. That’s how it works and it always will, trends come and go but you can guarantee that every few years the traditional ghost story will rise to popularity once again. 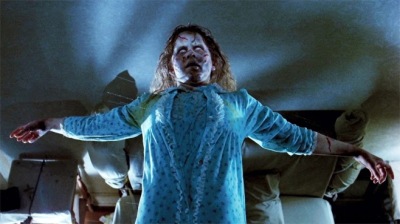 Of-course things have changed over the years but the more things change the more things stay the same. Whilst we’ve moved on from Horrors set in big dark castles to everyday homes the plot has never really strayed from it’s original story. Family or person moves into a new home/ stays in a new place, strange things start to happen, family or person is terrorised etc, etc.

You know exactly what I’m on about, although things have changed in the sense of setting it has also changed along with technology and the rise of found footage,mockumentary Horrors. This is great for independent film-makers as it’s cheap to make, I mean look at “Paranormal Activity” it cost $15,000 to make and has grossed well over $100,000,000. Despite what you may think of it the statistics don’t lie.

With the ability to make films being so more easy and accessible these days there have been many, many releases both good and bad and ranging in budget. The one constant though is that they always draw a crowd to them as our fascination with the unknown never seems to waver.

In today’s world you can pretty much flick through the TV and find a few programmes that are paranormal related ranging from ghost hunting to re-enactments of people talking of their hauntings. Despite the abundance of these programmes they all seem to get high viewing ratings and go on for many seasons.

The traditional ‘ghost story’ may have evolved over the years but one thing that’s for sure is it seems to be more popular now than ever and even if it does in favouritism, it’ll always come back to haunt us once again.