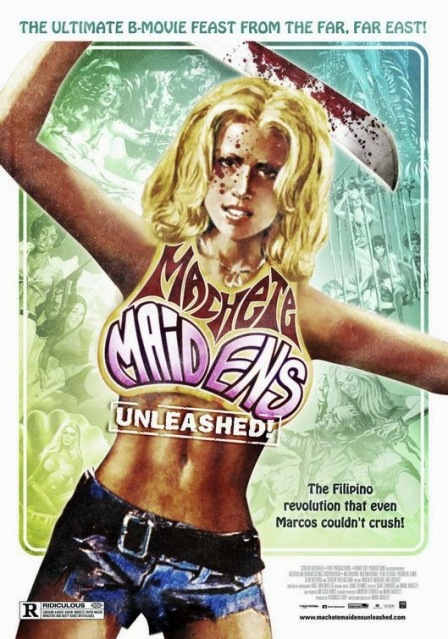 A fast moving odyssey into the subterranean world of the rarely explored province of Filipino genre filmmaking.

I’ve always loved a good documentary and even though this doesn’t mainly focus on the Horror genre, I still felt the need to review it.

In a specific time and place a certain country became the go to place to make films on a low budget and get away with things that you’d never be able to do in countries such as USA or Great Britain, well not without breaking the law.
The place was the Philippines and the time was the 60’s and early 80’s, this documentary takes us through this strange time in film history with some fantastic stories from the people who were there and the fans who loved it.

With the likes of Roger Corman, Joe Dante, Carmen Argenziano, R. Lee Ermey, Pam Grier, Sid Haig, John Landis, Dick Miller and more it makes for some insightful story telling which makes for some great viewing and some moments where I genuinely was laughing out loud.
Like I said it doesn’t just cover Horror, it covers a-lot of genres. You’ll find the feature to be amusing, engaging and it will definitely keep your interest.

“Machete Maidens Unleashed!” is a must see for any film of exploitative and low budget films.

If you want to see the “Machete Maidens Unleashed!” trailer then just click on the video below:
https://youtube.googleapis.com/v/y8RWyvDZeMA&source=uds

This film started out as a documentary on Weng Weng.

All the footage of Quentin Tarantino interviewing Cirio H. Santiago had to be cut from the final finished version of the film.

Mark Hartley originally wanted to use the song “Long Time Woman” by Pam Grier for the opening credits, but the rights to this song proved to be too expensive.

Anitra Ford and Greta Thyssen were both approached for interviews in this movie, but rejected them.

Mark Hartley wanted to interview Bobby A. Suarez for this documentary, but Suarez died before it could be arranged.

Leo Fong and Alan Birkinshaw were also interviewed for this documentary, but neither interview is included in the final version of the picture.

This documentary was originally commissioned as a project for Australian television.