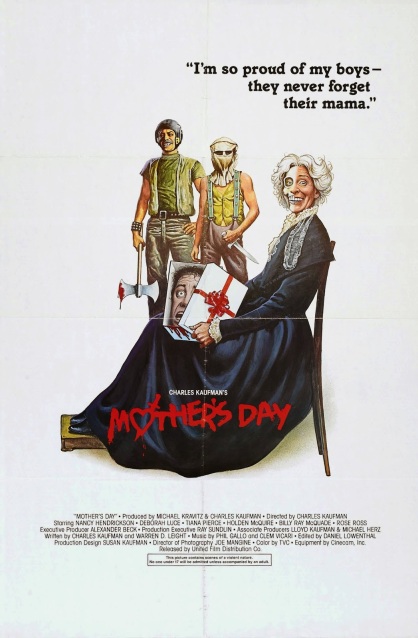 Every Horror fan starts somewhere and as I was delving into the genre this feature came across my path.

I was at a point in life that if it looked remotely like a Horror flick then I would watch it, every Horror fan has been there, where you devour Horror films one after another and it’s all you’ll watch.
I can still remember sitting in the dark in the living room with my gas fire on and a hot chocolate in hand (it was a seriously cold winter night), such a perfect setting for such a romantic movie, the name ‘Troma’ didn’t mean anything to me at that point so I never knew what I was in for. 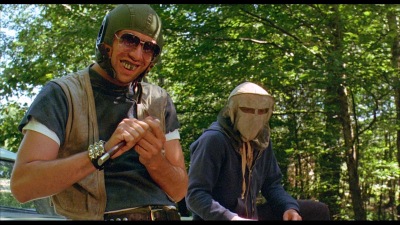 Over the next 90 minutes I can’t begin to explain what happened in my mind but I can tell you that I was left with a big grin on my face and the name ‘Troma’ most certainly meant something to me now, it would be imprinted on my mind forever and I wanted more of it.
The film is of the exploitive kind and features a few scenes that will make viewers feel highly uncomfortable but that was the whole point, plus they no apologies for it and make sure they make it as excruciating as possible. 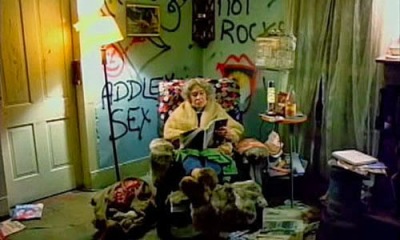 “Mother’s Day” is most definitely not everyone’s cup of tea but for those who enjoy a low budget affair will certainly enjoy it.
If you want to see the “Mother’s Day” trailer then just click on the video below:
https://youtube.googleapis.com/v/3_PsdtRcdgk&source=uds
Miscellaneous facts about the film:
Prior to filming, a dead body was found in the house used in the film.
The house used in the film was an actual house in the woods of Newton, New Jersey. No one had lived there for 15 years prior to filming. The previous owner of the home was murdered there.
Charles Kaufman, in the director’s commentary, said that a very ironic thing happened during filming: an actress who played one of the victims and one of the actors who played a son hit it off and starting dating when not filming – even though his character terrorizes and brutalizes her. Concerned that neither would be able to project the sense of terror needed, Kaufman asked them to postpone their relationship until after the film wrapped. They complied.
Was shot for only $115,000.
In the director’s commentary, Charles Kaufman said that while shooting a scene Billy Ray McQuade (Addley) was so hung-over from drinking the night before that he threw up on Rose Ross (Mother). Naturally, shooting the scene had to be postponed.
The bear turd that Trina steps in during their trek into the woods was actually edible. The effects man made it from flour and other ingredients, and even ate some to demonstrate.
Fourteen minutes of the film were cut in Germany in order to keep the film from an X-rating.
The film was refused a UK cinema certificate by the BBFC in 1980.