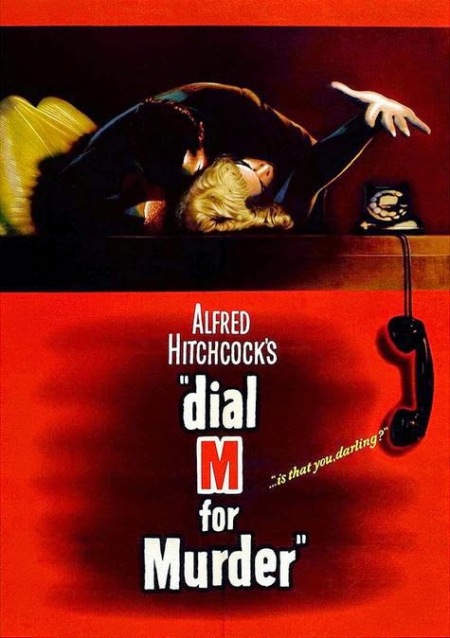 An ex-tennis pro carries out a plot to murder his wife.
Another little breakaway from the traditional Horror format with this classic Thriller.

It’s films like this that prove you don’t need tons of gore and guts to make a thrilling film that will keep you on edge, no one made that more of a point of that than the master himself, Alfred Hitchcock.
He also knew a few things about creating a highly tense atmosphere and that’s very apparent here, he most certainly had a talent for getting people to bite their nails.

Grace Kelly puts in the amazing performance you’d expect from the iconic actress, she truly lights up the screen when she appears, even in a dark movie like this. One of Hitchcock’s typical leading ladies, his idea of a female protagonist is well known.
It may be 60 years old but I still find this film a refreshing watch, but that’s down to the master himself. Viewing films of his like this makes you realise he left a huge gap that has never been filled. 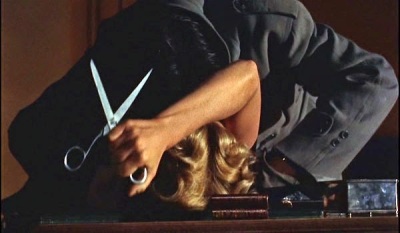 “Dial M For Murder” is a must see, trust me you’re missing out if you haven’t seen it.
If you want to see “Dial M For Murder” trailer then just click on the video below:
https://youtube.googleapis.com/v/JWP_hrNHSN4&source=uds
Miscellaneous facts about the film:
Warner Brothers insisted on shooting the movie in 3-D although the craze was fading and Alfred Hitchcock was sure the movie would be released flat. The director wanted the first shot to be that of a close-up of a finger dialing the letter M on a rotary phone, but the 3-D camera would not be able to focus such a close-up correctly. Hitchcock ordered a giant finger made from wood with a proportionally large dial built in order to achieve the effect.
Alfred Hitchcock arranged to have Grace Kelly dressed in bright colors at the start of the film and made them progressively darker as time goes on.
Alfred Hitchcock had chosen a very expensive robe for Grace Kelly to wear when she answered the phone. The actress balked and said that no woman would put a robe on to answer the phone when she was sleeping alone but would answer it in her slip. Hitchcock agreed to do it her way and liked the way the rushes turned out. The director agreed to allow the actress to make all costume decisions for herself in their subsequent films together.
Alfred Hitchcock wanted Cary Grant to star, but Warner Bros felt that he would be miscast as a villain.
Ranked #9 on the American Film Institute’s list of the 10 greatest films in the genre “Mystery” in June 2008.
John Williams won the 1953 Tony Award (Broadway) for Best Featured Actor in a Play for “Dial M for Murder” as Inspector Hubbard; he recreated the role in the movie version.
In a television interview Ray Milland said that he had fluffed his lines in a particular scene in the movie and ruefully apologized to the director. Alfred Hitchcock, he said, stared at him stonily for few seconds and then said: “I wound it up, put it on the floor, and it wouldn’t go.”
Shot in 36 days: August 5-September 25 1953.
The characters of Margot and Mark were named Sheila and Max in the original play.
Originally released in a “roadshow” format, with an intermission halfway through the film.
Alfred Hitchcock offered Deborah Kerr the lead role, but she was unavailable.
At their first meeting, the untrustworthy Captain Swann is wearing a tie the colours of a Guards regimental tie. However this is not a genuine tie, as the diagonal stripes run in the American direction, opposite to British style. This is a contemporary detail, used by spivs. The tie resembles the trustworthy Guards tie well enough to fool most, but gives an excuse if a genuine Guardsman queries one’s service record.
Filmed in 3D, which explains the prevalence of low-angle shots with lamps and other objects between us and the cast members. There was only a brief original release in 3D, followed by a conventional, “flat” release; The New York Times review mentioned it opened with the “flat” release at the Paramount in New York. The 3D version was reissued in 1980.
Adapted from a Broadway play that opened at the Plymouth Theater in New York on October 29, 1952 and ran for 552 performances. In the original production, Maurice Evans played Tony Wendice. In this film, John Williams and Anthony Dawson recreate their stage roles of Chief Inspector Hubbard and Captain Lesgate. J. Pat O’Malley later replaced Williams as Hubbard.
A very liberal remake of Dial M for Murder was released in 1998 titled A Perfect Murder (1998)