The psychopathic son of a mass-murdering doctor, escapes from his mental institution to seek revenge on the town where his father was caught.

Films have a high age rating for a reason, I found that out the hard way. 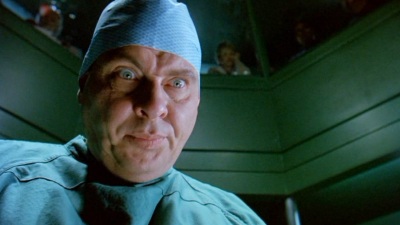 I saw this film way too young and it’s one of them that stick with you throughout your life and even though you know you’ll be okay watching it now as an adult but you’re still apprehensive about it.
Watching the film you’d easily think that this was an 80’s gem but it was actually released in the early 90’s with the likes of “Frankenhooker” and “Braindead”, just before it all went downhill. 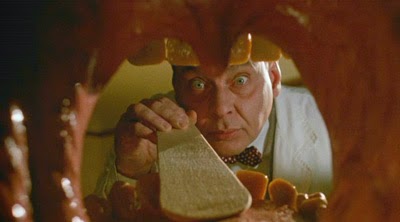 Larry Drake puts in a great performance of the title character, he hams it up and serves his lines tremendously, some of which are so hilarious even now, all tongue in cheek stuff.
As you’ve probably guessed the film is filled with dark humour (the best kind) and also features lots of gore. It’s also surprisingly well shot and has some great moments, not what you’d expect from a bn-movie. 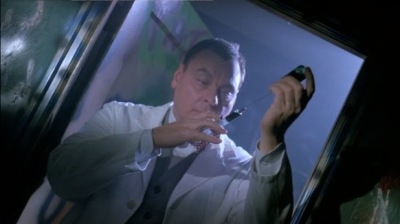 “Dr. Giggles” is an overlooked film that deserves way more credit than it gets, be sure to give it a watch.
If you want to see the “Dr. Giggles” trailer then just click on the video below:
https://youtube.googleapis.com/v/LiCOp12JeRY&source=uds