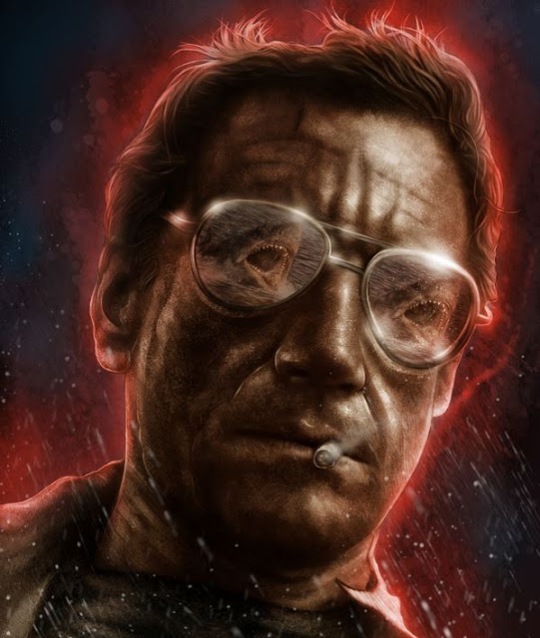 Unfortunately I wasn’t even born when this film was released so I asked a great friend Elsy if she’d tell me the story of what it was like at the time, here is her story:

I was only about 5 years old when the movie “Jaws” came out. My siblings were excited to see it but our parents made them wait until the end of school for their report cards.  It wasn’t really a big deal for me because I was so young. I remembered the commercials on TV. Mostly I remembered the music. It was pretty fierce. That “Dun-dunt“.
When the time finally came for my two older sisters & older brother to go see the movie with their friends, wouldn’t you know they were stuck with me for the day? Dun-dunt. Normally they didn’t mind being stuck with me. But on this day, I was an annoyance. There was “Jaws” and he had to be fed. Dun-dunt. 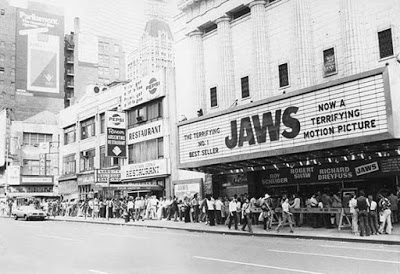 So as to not miss out on the fun, they snuck me into the theater. For me, in a word, it was awful. The fear in theater was palpable. Of course I didn’t know what that word meant then, but now, that is the word I would use. I just knew that giant fish was going to come through the screen to get me. We weren’t smart enough to know that this wasn’t real. It couldn’t’ be real. For all we knew, this was based actual events. Dun-dunt.
We live in a coastal area and with as many kids as there are in my family, a cheap way to keep us entertained in the summer is the beach. There were so many people that thought it amusing to yell “Shark!” or to just say that two word little sound that could put the fear of the almighty into your soul. Dun-dunt. I didn’t know who I wanted to curse more, John Williams for the score or Steven Spielberg for making the movie to begin with. Dun-dunt.

There’s no doubting the impact “Jaws” has had, not just in the Horror genre but on the movie business itself and continues to do so to this day.
I know for a fact it made a huge impression on me and will remain to be one of my all time favourite films, in-fact I think I’m going to go and watch it now! Oh and HAPPY 40TH ANNIVERSARY TO “JAWS”.

Id love to hear all your “Jaws” stories…