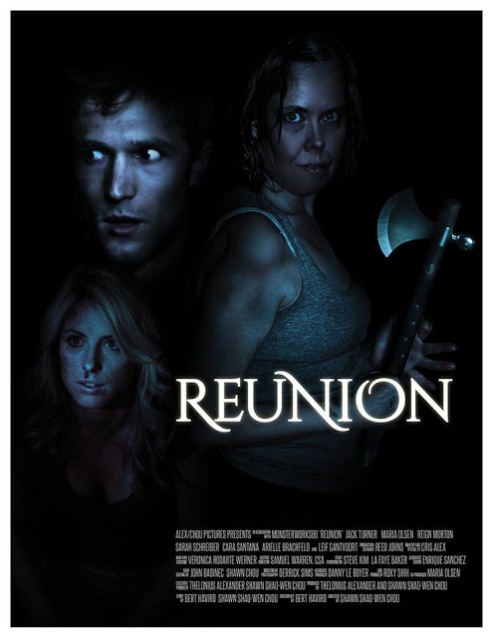 An unstable mental patient goes on an overnight rampage to terrorize an ex-rock star and his friends, only to discover she is linked to him in mysterious ways.

For a long time now I’ve been stating that independent Horror is full of original ideas and untapped potential, this film is proof of that.

I had the privilege of watching this film whilst knowing nothing about it, I saw a rare opportunity and seized it. How often do you get to watch a film blind these days? The less you know of the film’s story the better.
I found myself being swept up into the story as it unfolded on my screen, oh and what a story it is. I can’t remember the last time I watched such a plot driven film, it was refreshing to see someone have such confidence in their work and not rely on cheap gimmicks.

Creepy, atmospheric, original, intriguing, there are so many words I could use to describe this flick that it’s hard to choose. The cast are absolutely amazing and give us some great characters, it also features some outstanding cinematography.
This review may seem ‘short & sweet’ but like I said the less you know of the film the better, I always post a trailer with a review but I highly recommend you don’t watch it and just go into the film with as little knowledge as possible of what’s to happen.

“Reunion” is a genuinely refreshing film as a viewer, a truly great addition to the independent scene.
If you want to see the “Reunion” trailer then just click on the video below: