Want to help “Puppet Master: Axis Of Termination” even better?

The prolific horror maestro Charles Band, who has brought you iconic horror and sci-fi films like “Ghoulies”, “Troll”, “Re-Animator”, “From Beyond”, “Demonic Toys” and hundreds of other films, is reaching out directly to his uber-awesome fans and asking them to help make Full Noon’s next production: the LONG AWAITED “Puppet Master: Axis Of Termination”.

This film is fully financed and will go into production in early 2016, but YOU can make it even better!

Contribute to our IndieGoGo campaign… Become part of this adventure! You’ll get incredible reward perks, such as:
DVDs, posters, t-shirts, Cast and Crew signature scripts
The Puppet Master Mystery Box!

A special option for donating to Veterans! 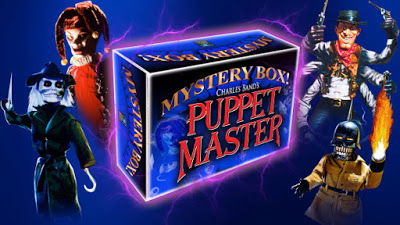 Want to get involved? Head on over to the IndieGoGo page HERE and see how you can help out!


Also check out the promo video below: