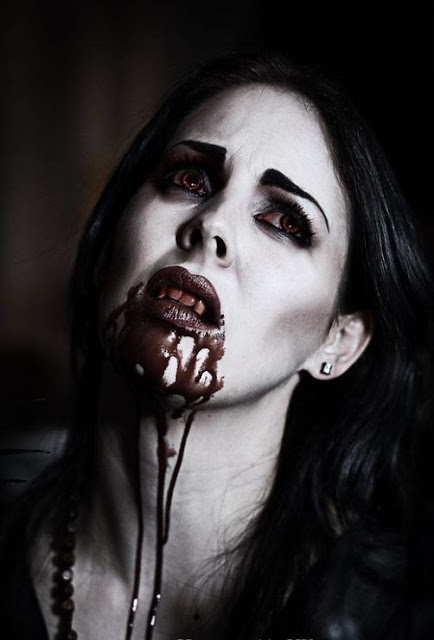 I had the privilege of interviewing the brilliant Emma Dark, here’s that interview.
Q1: Things have been really busy for you lately, how much are you enjoying it?

Gosh yes, I think busy might actually be an understatement, the way things are going I may need a clone sometime soon! It’s always good to be busy, busy being creative. At the minute I’m deep in pre-production on my next short film ‘Salient Minus Ten’. Still lots to do and I begin shooting in a few weeks, eek!

Q2: You started out as a model, what made you go into acting?

Honestly? Modelling is great fun, and you get some really beautiful images of yourself, but there’s a point where you’ve reached a creative limit, and for me I had. My first acting role was in Kim Wilde/British Electric Foundation’s ‘Every Time I See You I Go Wild’, which was a horror music video. I got a huge amount of screen time and it was a fun experience that pushed my limits and helped me grow creatively, so I just took it from there really.

Q3: How have you been finding the industry, especially from a female’s point of view?

For the most part I’ve seen a lot of support from the majority of the professional and amature independent filmmaking scene. I have to be honest though and say I’ve also had some very bad experiences that can only be described as bullying. Mostly I’m sure as a direct result of the amount of coverage my last film ‘Seize the Night’ has had, and possibly some deep seated issues/negativity regarding gender. In some cases these negative experiences have been presented in direct comments, either over social media or in private messages to me, but usually it’s presented as social exclusion and general unsupportiveness. I hear a lot of negative comments going around the scene about many filmmakers at the amature level, especially when they are successful women, and as the average age of this scene is 30-50 people really ought to know better. The only way this level of filmmaking can survive is if we all support one another, share knowledge and time, grow and learn.

Q4: You’ve been doing a lot of convention appearances, how have they been?

I have! I’ve signed at four so far this year, including Birmingham’s MCM Comic Con and Sheffield’s HorrorCon UK (the largest horror convention in the UK). I’m due to sign at Scifi Wales this weekend, with more conventions and appearances booked! See my website http://www.emmadark.com/news.html for more details. I do like signing at conventions, although I guess it’s a little odd to think you are there at your table and you are really selling yourself rather than a product. I’ve met some wonderful fans at the signing events and generally had a very busy signing table. My highlight so far was probably signing next to my favourite author Shaun Hutson at HorrorCon UK in July. Shaun is a lovely person and a brilliant author, do check out his books! I also had the honour of signing next to Emily Booth (HorrorChannel) and Laurence R. Harvey (The Human Centipede II)!

I’m now an honorary patron of the arts for the Misty Moon Film Society alongside Hammer screen queen Judy Matheson. Stuart and Jen who run the film society are also running an international film festival this year (https://filmfreeway.com/festival/MistyMoonInternationalFilmFestival), which I’ll be judging at alongside some of horror and TV’s finest actors. You won’t want to miss attending, and if you are a filmmaker with a short film I the deadline for entry is still on until 16th September 2016.


Q5: Your short “Seize the Night” has been getting rave reviews, are you happy with the feedback?

I am! I pretty much dedicated 18 months of my free time to it end to end, so I’m glad it’s been well liked by critics and the public, it means a lot. It also helps that I had a rock solid and highly professional cast and crew on board from the get go. Working with like minded people really is crucial in maintaining your overall vision and quality standards and having an enjoyable filmmaking experience. In fact I brought back on board as many people as I legitimately could for my next film ‘Salient Minus Ten’.

Q6: What were your favourite horror films growing up?

I always describe the first horror film I watched as being Albert Pyun’s ‘The Sword and the Sorcerer’. OK strictly speaking it’s a dark fantasy but it has some pretty full on horror elements, and I did see it at a very young age. I also really liked the ‘Poltergeist’ movies. Actually every time I played one of the ‘Poltergeist’ VHS my player used to eject them at random points, the sound would go in different places etc. Creepy, definitely added to the horror experience. I am a huge paranormal film fan actually. 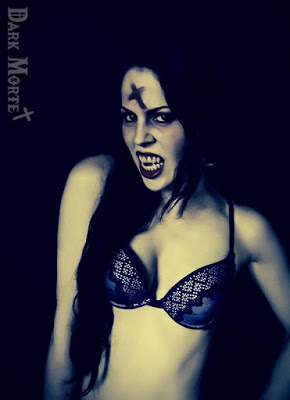 Q7: Who are your favourite Horror actors/actresses?

Hmmm, tricky, I don’t really have favourite actors, it’s more the characters I like from film to film to be perfectly honest. My favourite horror ‘character’ is Chucky, and I have quite a nice little Chucky doll collection!

Q8: What is your view on the Horror scene nowadays?

That’s quite a broad question, but I’ll focus on one aspect that seems to come up frequently. Most non-horror fans, unfortunately, when I tell them I’m making a horror film or with horror aspects assume it will be full of blood and guts. I do think that gore has a huge trend at the minute with the massive popularity of movies like the ‘Saw’ series and TV programs like ’The Walking Dead’. I made a point of not really having any blood in my film ’Seize the Night’, despite it being a vampire film. The only tiny bit of blood you can see is in context when werewolf pack beta Mikkel gets shot by Eva. It’s minimal, I didn’t have him bleeding out all over the place. I did this because I genuinely don’t think a horror film needs excessive and unrealistic amounts of blood splashed all over it to classify it as a horror. I see it far too frequently, and I see festivals programming almost exclusively to films that are drenched in gore, with little thought to the storyline or quality of the film.


Q9: Have you got anything exciting lined up?

I do! Obviously there’s my next film ‘Salient Minus Ten’, which is super exciting. This time I’ll be producing, directing, filming the majority of the film, editing… OK, enough, the list is too long, I enjoy it, what can I say!

I’ll also be playing a role, a rather evil character unsurprisingly, ’The Woman’ who is the antagonist of the film. This time it’s not the lead role as I wanted to shoot most of the film, but fans will still see plenty of me on screen, so they won’t be disappointed. My friend and more importantly a brilliant actor, Dean Sills, will be playing the lead role of Adam Harper, and I’m super excited to be working with him.

I’m also working front of camera as an actor on a few other projects, one of those being ‘Count Frankula’, which is written by David Barry (Please Sir!), produced by Stuart Morriss (Misty Moon Film Society) and directed by Jason Read (The Landlady). I’ll be starring alongside Judy Matheson (Twins of Evil) and Caroline Munro (Maniac). 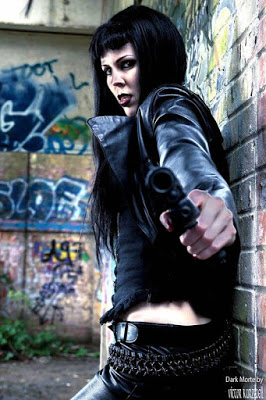 Q10: Do you have any advice for anyone wanting to follow in your footsteps?

Yes, just do it. Make sure you approach a project with the utmost professionalism, plan well, treat your cast and crew with respect and make sure you promote them well. If you have no budget and very minimal equipment you can still find a way. I shot ‘Island of the Blind Dead’ on a cheap consumer compact camera, something you could probably pick up for £50 second hand including a memory card these days. Do your best, always do your best in fact, and make sure people see your art afterwards. Show your finished film to your friends and also a few people who aren’t your close friends if you can, get feedback, fine tune and finalise, and then don’t be afraid to ask film news websites to review it for you.

Q11: Do you have any last words for anyone reading this?

Making art, whether that be film or otherwise can be one of the most enjoyable and rewarding things you can do. If you are reading this then you probably have an interest in filmmaking or in the least an appreciation of film. If you want to make a film just do it, if you want to watch great films then please support independent filmmakers and help them continue their filmmaking journey. Thank you, it’s been a pleasure talking to you! 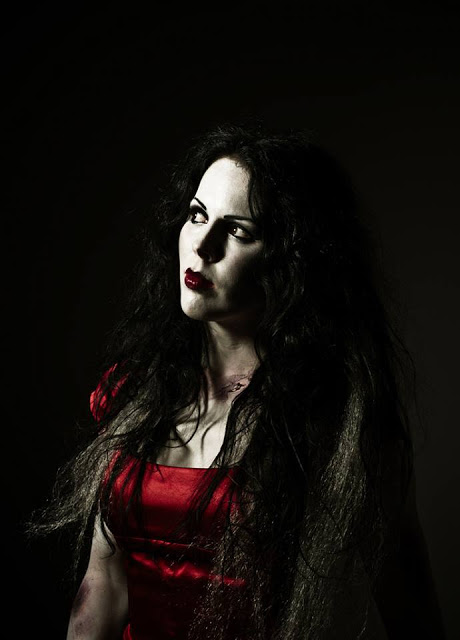 3 thoughts on “An Interview With Emma Dark”