Hoping to walk away with a massive fortune, a trio of thieves break into the house of a blind man who isn’t as helpless as he seems.

So many movies have got so much hype recently and then they end up being a total letdown, because of this it can be difficult to get excited for a new release. 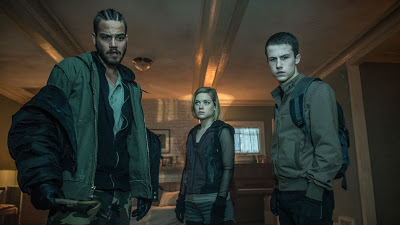 When I first saw the trailer for this film it was hard not to get a tad enthusiastic, the trailer was so well done that even this Horror veteran got grabbed by it and I couldn’t wait to finally get to watch it.
I do love hat anticipation before watching a new Horror, sure most times it can be anticlimactic but when it’s good it can be great and it’s that feeling I’m always looking for, Horror can be a drug to some people.

Writer/director Fede Alvarez doesn’t disappoint us, he creates a highly intense and sometimes claustrophobic flick that has you sitting on the edge of your seat throughout the film and rarely lets up.

Stephen Lang gives us a terrifying performance that deserves more recognition and the rest of the cast manage to keep up. I will say that there’s a couple of plot holes but that’s just nitpicking, we can’t have perfection. 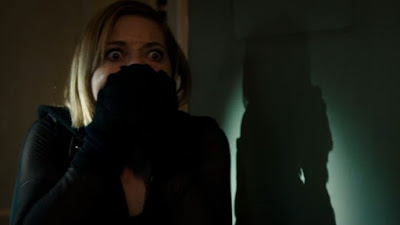 “Don’t Breathe” is a rarity in that it lived up to the hype, be sure to give it a try.
If you want to see the “Don’t Breathe” trailer then just click on the video below:

Stephen Lang only has about thirteen lines of dialogue in the whole movie.

The film’s budget was less than $10 million. Two months after release it grossed over $140 million.

The street where the old man lives is called “Buena Vista”. In Spanish this translates to “Good Sight”. The old man is blind.

This film was originally titled “A Man in the Dark.”

The dog was played by three different dogs: Athos, Astor, and Nomad.

The title of the film, “Don’t Breathe,” was not revealed until its premiere at SXSW 2016.

Fede Álvarez got inspiration for this movie on growing up in Montevideo, Uruguay.

In Brazil and South Korea the film is called “Man in the Dark”, which was the original English working title.

Jane Levy and Dylan Minnette, both starring in the movie, share the same birthday (December 29).

Was number #1 in the U.S. Box Office for the first two weeks of release and stayed in the top 10 for six weeks.

Dylan Minnette and Daniel Zovatto previously appeared together on an episode of Marvel’s Agents of S.H.I.E.L.D. (2013).

The character of Rocky was featured on PopSugar’s list of 18 “Final Girl” Halloween Costumes Only Badasses Can Pull Off ranking at number 4.

The films plot is vaguely similar to an episode of Arrested Development in which Dr. Tobias Funke breaks into Maggie Lizer’s house to steal legal documents.

Money’s pistol is a semi-automatic Beretta M9A1 9×19 millimeter bore. The standard magazine for this firearm is a 15-round double-stack box magazine.

In the trailer, the blind man utters the line, “Now you’re going to see what I see.” In the movie, this line is not said at all.

A wall in one of the bedrooms has letters on it that spell “Emma”. Which implies the name of the Blind Man’s deceased daughter.
The creators of the film initially had an even darker ending in mind but The writers thought that the ending was too downbeat, so they changed it.

In contrast to his previous work on Evil Dead, director Alvarez decided this movie would have less blood, an original storyline, more suspense, and no dependence on spooky supernatural elements – which he felt was currently overused.