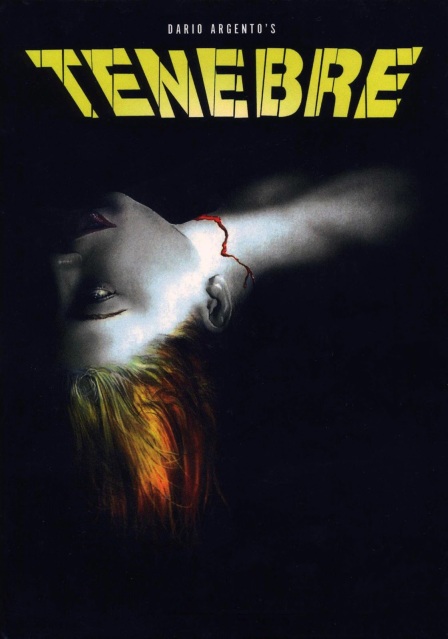 An American writer in Rome is stalked by a serial killer bent on harassing him while killing all people associated with his work on his latest book.

Giallo films, you either love them or hate them, but you can’t deny they have style. 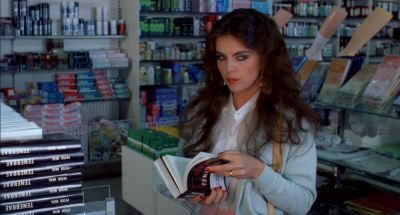 The name Dario Argento carries a weight of expectation to it, especially when that name is usually followed by the label of ‘a master of Italian Horror’. If you’ve ever wondered why that is then look no further because it’s because of films like this that, that label holds up.

When “Tenebre” you have someone who was on a creative roll and that is clearly evident on screen as Argento fills each scene with so much style and suspense and some absolutely amazingly beautiful visuals that you only really associate with Giallo Horror.

Argento plays his audience like a true puppet master, he has us all dangling on a string with clues planted throughout the feature but you always feel like it’s just out of grasp and because of this you’re glued to the screen looking for what’s coming up next.
Giallo may have catered for fans of suspense and Horror but it also had plenty of gore and nudity and there is plenty of everything in this feature, in fact the death scenes are so stylish and captured in such a way that it’s like a moving piece of art almost. 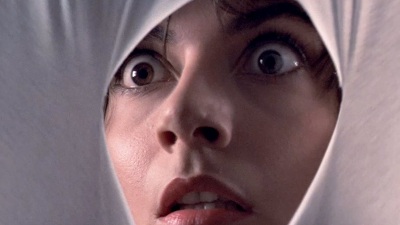 “Tenebre” is a must see for fans of Giallo, it’s  not for everyone but for those that will enjoy it you’re in for a real treat.
If you want to see the “Tenebre” trailer then just click on the video below:

The films poster shows an image of a woman with her throat cut. The UK release attempted to censor the violent image by placing a red bow around the neck in the image!

In Germany, the film is still banned after 25 years of its release. The film has never been released uncut in Germany and according to the FSK (the official censorship in Germany), it never will.

Director Dario Argento called star Anthony Franciosa one of the most difficult actors he’s ever worked with.

The word ‘Tenebre’ is a Latin/Italian term meaning darkness or shadows.

The impressive two and a half minute crane shot that encircles Tilda’s house took three days to be completed. American distributors wanted the shot to be cut from the film for US release, but Argento refused.

Reportedly inspired after director Dario Argento was stalked by a fan.

Christopher Walken was considered for the lead role.

In the Italian language version of the film the opening narration is performed by director Dario Argento.

The girl with the red shoes in the flashback was played by a transgender person.

The background “muzak” theme playing in the department store at the beginning of the film is taken from the soundtrack of the European version of George Romero’s Dawn of the Dead (1978) (which was edited and re-scored under Dario Argento’s supervision).

Quentin Tarantino has called the murder of Jane via axe his favorite on-screen death scene of all time for its intense imagery, including the key moment where she “paints the wall with blood.”

Unused ‘muzak’ from Goblin’s Dawn of the Dead (1978) score in background of scene where Tilda and her girlfriend argue before said girlfriend leaves with a man (right before scene with Argento’s famed crane shot).

A sample of the film’s theme song (‘Tenebre’) by Goblin appears in the songs ‘Phantom’ and ‘Phantom pt.2’ by French house duo Justice, on their album ‘Cross’ (2007).

A “George Kemp” is credited as sole screenwriter on U.S. posters and as co-screenwriter with Argento on some prints of the film.