Who HASN’T heard of “Stranger Things”?!
The show is now a bonafide, absolute global smash hit, and deservedly so.

With success such as the show has had there will always be an effect on the media around it, it’s something we’ve seen happen many, many times and will continue to see but right now it seems to be the turn of “Stranger Things” and it’s so obvious for all to see.

I still remember the first time I noticed this full effect, I had sat down to watch a new release and throughout the entire film it felt like I was watching it through a pair of, let’s call them a pair of “Stranger Things” glasses, the whole feeling was just pure “Stranger Things”. 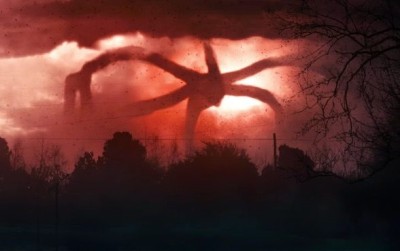 Just incase you haven’t figured it out, that film was Stephen King’s “It”, now I’m not just saying this because it has “Stranger Things” star Finn Wolfhard in its cast, that’s just more of a coincidence and part of the effect that the series is having as it’s cast become stars.

Everything about that film screamed “Stranger Things”, the entire films vibe, the way it was filmed and presented, it was like watching another Horror story that was taking place in the same universe as the fictional town of Hawkins, I’m sure you noticed it too.

Now this wasn’t any coincidence, “Stranger Things” creators The Duffer Brothers have openly stated that Stephen King’s work was a big influence on them and the evidence is all their on the screen for viewers to see, if you’re a King fan I’m sure you’ve noticed it yourself.

What you saw with “It” is the Duffer Brothers influence on the way Kings’ work was being presented to a new audience, a younger audience who expect more. You can see this impact creeping into other films and shows and I’m not complaining at all. 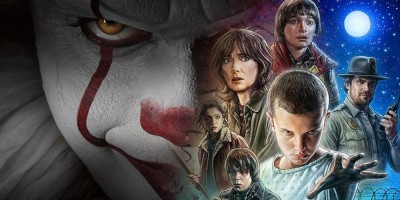 I must admit that I’m a huge fan of the modern yet retro feel that both of these had and if it’s something that becomes the new trend in movies and shows then I’m all for it, it’s a cohesion of old and new that blend seamlessly and I credit that vibe for helping them be the success they are.
I suspect as 2018 rolls on we’ll see more of his influence as both “It” and “Stranger Things” being the worldwide successes they are, I can guarantee you that you’ll see the formula of both of these being copied on both TV and in film, whether they’ll be any good is another story.

The “Stranger Things” effect is certainly in full swing, whether it’s Horror, Superheroes, Sci-Fi let’s hope we get the desired effect. It has certainly upped the level of writing and cinematography, here’s hoping us viewers reap the benefits.