Two sisters vacationing in Mexico are trapped in a shark cage at the bottom of the ocean. With less than an hour of oxygen left and great white sharks circling nearby, they must fight to survive.

Like many other people I love a good shark movie, I mean who doesn’t?!

I remember seeing the trailer for this film and I was so excited, as excited as I was I seriously tried to keep my expectations low. The reason for this was, well, it’s a shark flick. What can be done in this subgenre that we haven’t seen before? How much more can you do with shark films? all these questions were running through my head.
Fortunately for us the films writer and director Johannes Roberts delivers a stunning yet tense film that truly delivers and is genuinely edge of your seat stuff, there was a few times during the film where I found that I was so locked on to the screen that I had no idea how much time had passed.

A I said earlier the feature is stunning, the cinematography is truly beautiful and they use it so well, one minute you’re admiring the beauty of the ocean and then the next you start noticing the vast and terrifying emptiness and you start to feel the anticipation of terror.
Inevitably we have to talk about the monsters of the movie themselves, the sharks. I’ve watched many a movie that I’ve been enjoying where it all came tumbling down when a dodgy monster shows up on screen, luckily for us the sharks look really great and even better, terrifying. 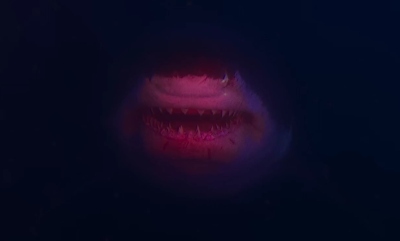 “47 Meters Down” is a top notch shark movie that is better than what you’d expect. It’s a rollercoaster of a film, it’s certainly worth your time.
If you want to see the “47 Meters Down” trailer then just click on the video below: