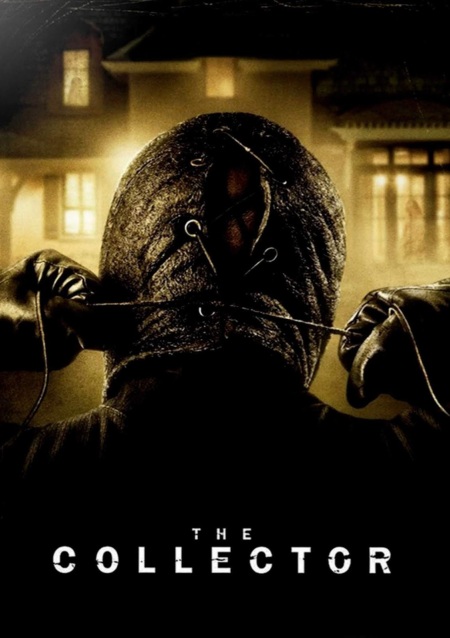 For this ‘Ten Years On’ post we take a look back at “The Collector”.

You know the more I right these ‘Ten Years On’ posts, the more I realise how fast time just flies by!

In 2009 the “SAW” franchise was nearing its end and fans were looking around for what was going to fill the void, but also the label ‘torture porn’ was being thrown around so easily. This label seemed to become a stain no one wanted on their films and understandably so, it seemed to turn people away.
I have to say that it’s a label I never understood myself, this was a time were people were sick of watered down Horror and wanted more blood, yet give them that full blown gore and they also complained. Unfortunately, because of all this going on there were films that suffered.

Here we had a film that was creating quite a buzz but at the same time it was also being tarnished with that aforementioned stain, all this before it was even released. I was looking forward to it and I can honestly say that when I saw it I really enjoyed it and I still do ten years later.

I honestly thought that this film had the potential to start a whole new Horror franchise and I’m still shocked that we only got one sequel (even that took three years) and I’m still waiting for that third film, especially after that ending. The fact we’ve only had two releases in ten years is just sad.

Ten years later and I still feel like this had it’s potential taken away from it before it had a chance, it was a very good film that had people talking. Sadly, most of that talk hindered it but it does still have a loyal fan base. I urge you to go back and give it another chance, especially with the Slasher revival happening.