A group of teens entertain themselves by telling an anthology of famous urban legends with a modern twist; including make-out-point, monsters, psychopaths, and ghosts.

Have you ever had that moment where you’re watching a film and halfway through you realise you have seen it before?

So there I am thinking to myself “Hey, I’ve discovered a film I haven’t seen and I’m really enjoying it” then it hit me, I HAD seen this film before. Sure it was many, many years ago and I didn’t remember the whole thing but I remembered certain scenes that I was watching and sometimes I knew what was going to happen next.

I’ve had this happen just a handful of times but it’s a very surreal experience, it’s like unlocking part of a very old memory that was long forgotten. I enjoyed rediscovering a film that I never even knew I’d forgot about, I strangely found myself enjoying the film more because of this. 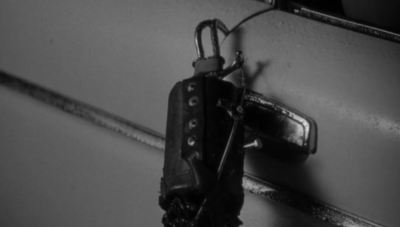 Admittedly the stories were nothing new but one thing they definitely were was highly entertaining, one thing you can’t fault is the films production, it is top notch even watching it today. It’s a shame that this seems to have been lost in the shuffle over the years, it’s not even available here in the UK.

To look at the film you can tell this is a 90’s feature, from the cast to the way the films presented, but that isn’t a bad thing. I know the 90’s has a bad reputation but this was definitely one of the most fun releases to come out of that decade, it’s no surprise people who grew up watching this have fond memories of it. 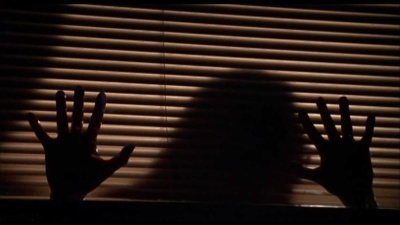 “Campfire Tales” is a film tat I urge you to watch again, it certainly deserves to have more recognition. Like I said it seems to have been lost in the shuffle over the years but it’s such a fun anthology film.
If you want to see the “Campfire Tales” trailer then just click on the video below:
Miscellaneous facts about the film:
It was originally intended for a theatrical run, and even received a one-off screening in America on February 28, 1997. The film however would eventually become a direct to video title, being released in some European countries a few months later in 1997, and then in America during late 1998.
Christopher Masterson was the only actor in the wraparound segment that was actually in his teens when it was filmed, being 6 years younger than Jay R. Ferguson and Kim Murphy , and 9 years younger than Christine Taylor.
Film debut of Jacinda Barrett.
Coincidentally, two urban legends from the film (“The Hook” and the more obscure “People Can Lick Too”) were also featured on the Canadian anthology cartoon Freaky Stories (1997), which premiered the same year as Campfire Tales.
Some DVD releases contain the Initial Entertainment Group logo at the beginning. Other DVD releases have the New Line Cinema logo, despite the fact that the film originally had no connection to New Line prior to 1998 and it’s American VHS debut.