For this ‘Ten Years On’ post we take a look back at “The House Of The Devil”.

I have to say I do enjoy a good throwback feature. 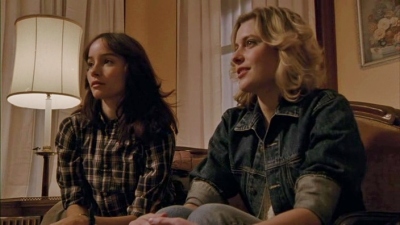 That was what initially drew me to this feature, a feature that I still can’t believe is turning ten years old. I remember the cover of the DVD drawing me to it, it really got my curiosity going and I knew straight away that I had to watch it and I wasn’t leaving the shop without it (no, I didn’t steal it).
Ever since I first saw this film all those years ago it has become one that I like to revisit often. I really enjoy its simplistic style, though I know this seemed to be a big dividing point amongst its viewers, not everyone enjoys a slow burning story but I thought it worked really well here. 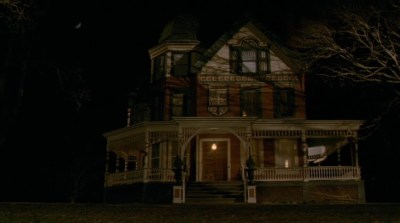 This film really helped launch the career of director and writer Ti West (a man whose films I’ve come to have a love/hate relationship with ever since) and rightly so as it’s a great feature. But this feature showed he had great potential and the possibility of a bright future in the film industry.
All these years later and this movie is still a masterclass in creating an atmosphere and suspense. West also showed he had a great eye as his visual style here is mesmerizing and it still impresses me to this day how beautiful the film can be to watch, it’s just a shame the ending was anti-climatic. 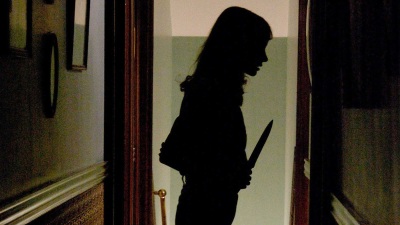 Ten years on and “The House Of The Devil” is still a great film to watch, if you’re wondering why I have a love/hate relationship with West’s films it’s because I feel he’s never lived up to the potential he showed here. His work has been hit and miss since and he now hasn’t directed a film now for nearly 4 years.