A family’s Christmas takes a strange turn when they awake to find themselves trapped inside and begin receiving mysterious instructions through the television.

Are you wanting to watch something a bit different this Christmas? 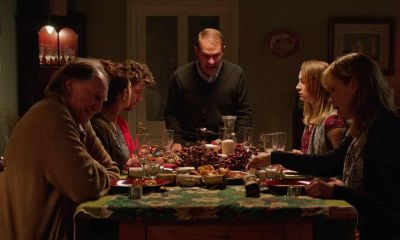 We all know the usual Horror themed Christmas films and whilst we may love them you have to admit that there is something repetitive about them. I do feel I must warn you though as this film certainly isn’t for everybody, it’s certainly a ‘you either love it or hate it’ type of feature.
Whilst this film doesn’t feature a killer Santa on the loose or a demonic Christmas spirit hunting you down it does feature a highly dysfunctional family getting together for the festive period, I’m sure there’s a few of you reading this who can relate to that plot line. 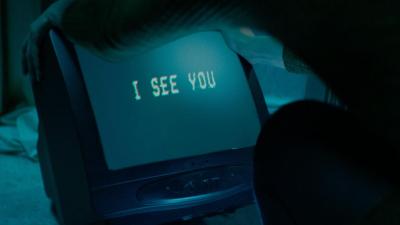 The acting is not the strongest but you’ll definitely have seen worse, also I can understand some frustration towards story line as it can wobble a bit in places but ultimately I praise the writers for trying something different and being brave and confident enough to stick to it.

As I said earlier this is an ‘you either love it or hate it’ type of feature and personally I have to say that I really enjoyed it, for me it was the fact that it was something different that drew me to it. I give it credit for being able to draw me in with it’s story and keeping me gripped throughout.

“Await Further Instructions” is a feature that admittedly would’ve worked better with a bigger budget and better production, but I have to say it works well with what it had and I applaud it for its tenacity.

If you want to see the “Await Further Instructions” trailer then just click on the video below:
Miscellaneous facts about the film:
The surname of the family, Milgram, refers go the Milgram test of obediance to authority, a theme dominant throughout the film. It is also revealed that the family resides on Stanford street, a reference to the Stanford Prison experiment which studied similar themes of perceived power and authority.
Holly Weston and Sam Gittins 2nd film together. The 1st being Howl in 2015, set on a train when it is attacked by Werewolfs after breaking down, they must join together to survive.