I think it’s a fair statement to make when I say Hollywood Horror is dying. With it’s abundance of remakes and watered down films it’s no surprise.
So where do you search for a decent Horror flick? You have to remember that America and the UK aren’t the only film-making country, most of the films that America has been churning out is remakes of foreign Horror.

If you take a look at foreign countries such as Japan and more you’ll see that when it comes to Horror you won’t be disappointed. With a much more relaxed take on censorship, foreign countries can turn in a film without much fear of it being hacked and slashed to meet guidelines.

With these more relaxed takes on censorship we are able to once again be scared, disgusted and have that true moment queeziness, all at the same time. The truth is that most English speaking movie-goers will not watch subtitled Horror, these are also the same people that will complain hat they want something original and are sick of the remakes and watered down Horror. 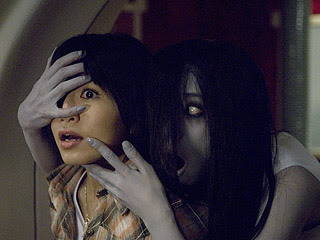 Also with that crowd are the people who know about foreign Horror but find watching it a chore, if I have to hear the sentence “If I wanted to read then I’d read a book” one more time! I call these people “lazy movie fans”, There are some people you just can’t please. Foreign countries have tried to cater to these people by dubbing their films, the problem with that, I feel, is it takes a-lot from a film, the emotion of the actor portraying a certain character isn’t going to compare to an actor in a sound studio. I also find that it can disrupt the flow of the film as-well.

Another problem is how Hollywood will take these films, remake them and brand them as their own because most people haven’t heard of them. 2 examples of this is “The Ring” and “The Grudge”, it was shocking to find people didn’t even know they were remakes and took it as an original idea.

Truth be told, I don’t think that this will ever change, whilst people have become more aware of the foreign Horror industry, it doesn’t mean they will watch it and would rather wait for an English speaking version. To
those people all I have to say is, you’re truly missing out!
Here’s a short list of some great foreign Horror movies to try out if you haven’t seen them, I urge you to atleast give one a try (If you want to see the trailer for the film then click on the name):

4 thoughts on “Why You Shouldn’t Avoid Subtitled Horror”