We live in a time where box office revenues are down and tv ratings are high. There’s no mystery as to why this is happening, it’s a simple case of originality. With theaters filled with remakes and 3D showings of old films you only have to see the tv listings to see it’s better to stay home.


With shows such as “The Walking Dead”, “American Horror Story”, “Dexter”, “True Blood” and more it seems that Horror is a big trend right now, and deservedly so. 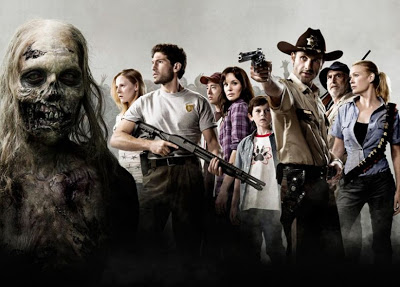 We are truly spoilt for choice when it comes to our viewing pleasures, there’s also a-lot of advantages to the Horror tv shows. We get a bigger storyline and we don’t have to pay to sit in a room filled with people we don’t know, eating crunchy foods and talking.


We also get some great actors in the series, some that wouldn’t have been cast in films beforehand, they get a great way to showcase their talent. We even get actors who have been in films, which is always a treat, even if it is only a cameo appearance. 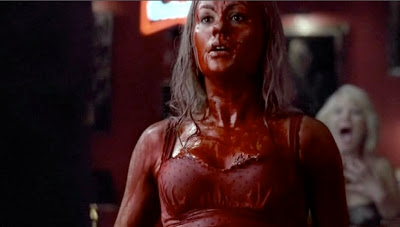 It could be argued that some of the most defining Horror moments of the last few years have been from tv shows, which truly isn’t a shock to anyone who has been to the cinema lately. But this doesn’t mean all is good….

…We are also starting to get a huge influx of Horror shows that even if they’re good, will be overlooked. For example I recently watched “The River”, a great series that was very interesting and very entertaining, yet today it was announced it is on the verge of being cancelled after only one series. Also announced today was casting has begun on two “NEW” tv shows “Hannibal: The Series” and “Psycho: The Tv Show” also in the works is a re-boot of “The Munsters”. Is this a sign that the end is coming for Horror television?

Are we living in the golden age of Horror television? Personally, yes I think we are, but enjoy it whilst you can!