For this ‘Ten Years On’ post we take a look back at “Satan’s Little Helper”.

Do you have a film where the mere mention of it’s name brings a smile to your face because of the memories associated with it? 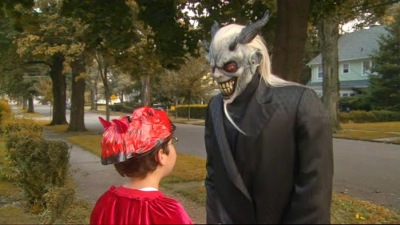 Well that’s what “Satan’s Little Helper” is for me. To me it’s more, it reminds me of a certain time in my life. I was in a bad place and living in a shit hole and this film came along. A friend brought it over, admittedly it was a pirated copy but it wasn’t mine.
I remember sitting there for the whole film and just being engrossed by what was on my screen and this was during a time where my passion for Horror was not as strong as it is today, yet seemed to reignite that flame inside me. 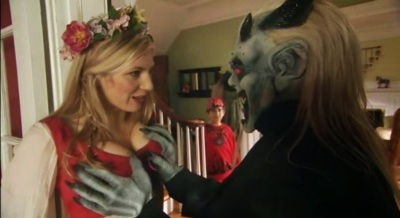 As soon as I’d finished watching it I knew I had to buy it, not too long after I had it snuggled into my DVD collection where it has stayed ever since. I love to put it on every now and then and relive that moment, even all these years later and it never gets old.
Unfortunately Director Jeff Lieberman has had a very sporadic career, this was his last full length feature to date but I seriously hope it’s not his last film altogether. He has most certainly gathered a cult following with his releases, however long it takes to release them. 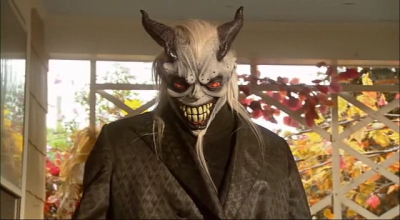 “Satan’s Little Helper” is definitely what I consider a cult film and has made more of an impact on the independent scene than you think, ten years later I still see its influence.