For this ‘Ten Years On’ post we take a look back at “The Devil’s Rejects”.

After the hype surrounding “House Of 1000 Corpses” fans were curious to see what happened to the insane characters Zombie gave us.

Fans didn’t have to wait long, just 2 years later in 2005 Rob Zombie unleashed this sequel to his directorial debut and it was definitely a great throwback.
The film originally had a subplot involving ‘Dr. Satan’. In an interview, Zombie said that he cut these scenes because seeing ‘Dr. Satan’ in this film would be like seeing ‘Chewbacca’ in “Bonnie & Clyde” (1967). It’s a shame as he was a great character. 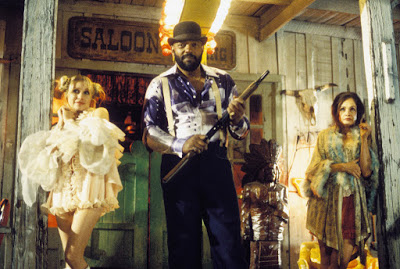 ‘The Firefly Family’ have gone down in the history books of Horror as one of the most disturbing families in film, it’s just a shame Karen Black didn’t return to her role of ‘Mother Firefly‘ but Leslie Easterbrook did a great job of filling in for her.
This film also features one of my all time favourite endings, I won’t ruin it for those of you who have yet to see this flick but those who have know exactly what I mean. It was so perfect and fitting for the film’s tone, it never gets old.

“The Devil’s Rejects” has most certainly earned cult status over the years and deservedly so, I thoroughly enjoy it everytime I watch it.

2 thoughts on “Ten Years On: The Devil’s Rejects”