So after talking about this with some friends apparently this revival has already happened and I missed it?!

There are many sub-genres in Horror and we’ve had many revivals of quite a few of them in the last few years, some good, some not so good.

As much as I love them all, my heart has always been with the Slasher genre. It’s where I started my love affair with Horror and it’s always stayed that way.

I feel like the time is right for a big Slasher revival, we need more of these lovable and sadistic characters back on our screens.

As I said earlier, having this conversation with some friends this seemed to have already happened. Did I blink and miss it all?

Now I know we’ve had a ton of remakes over the last few years of Slasher films but that doesn’t count, I’m talking about originality.

Now don’t get me wrong we’ve had a few great and original Slasher flicks over the last few years and some of them have given us great characters and stories.

My problem is I want more, I want a full blown revival of the Slasher genre. Not remakes or reboots of classics, I want new stories and new ideas. 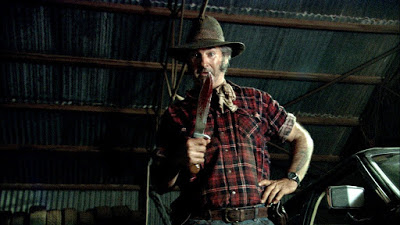 It’s a highly exciting sub-genre of Horror and I thoroughly feel it deserves it’s time back in the spotlight, there’s definitely an audience for it.

Who doesn’t enjoy the ‘cat and mouse’ chase, the tension, the fun one liners, cool killers and everything else that goes with it.

As stated I’d love a Slasher revival, I crave one, what’s your thoughts on it?