Melon Heads is the name given to the legendary beings that live in the forests of Michigan, Connecticut, and Ohio.

The Melon heads were originally abandoned children that a scientist by the name of Dr. Crow decided to take care of at his facility in Kirtland, Ohio. While the children stayed at the facility, Dr. Crow performed torturous experiments on them. What got them the name “Melon Heads” was when Dr. Crow injected chemicals into their brains, which caused their craniums to grotesquely grow. Because of the abnormal growth, they developed hydrocephalus, which caused them to become mentally retarded and insane. After years of abuse, the Melon Heads brutally killed Dr. Crow and burned down his facility.

The melon heads of Michigan are said to reside around Felt Mansion, although they have also been reportedly seen in in southern forested areas of Ottawa County. According to one story, they were originally children with hydrocephalus who lived at the Junction Insane Asylum near Felt Mansion. The story explains that, after enduring physical and emotional abuse, they became feral mutants and were released into the forests surrounding the asylum. The Allegan County Historical Society asserts that the asylum never existed, although it was at one point a prison. 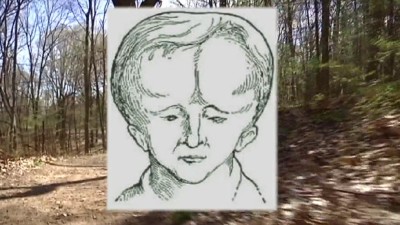 However, the story has been part of the local folklore for several decades. Laketown Township Manager Al Meshkin told the Holland Sentinel that he had heard the tales as a teenager, noting that his friends referred to the beings as “wobbleheads”. Some versions of the legend say that the children once lived in the mansion itself, but later retreated to a system of underground caverns (or caves in a nearby hill left over from an abandoned zoo). Some versions of this legend say that the children devised a plan to escape and kill the doctor that abused them.

It is said that the children had no place to hide the body, so they cut it up in small pieces which they hid around the Mansion. Rumors exist that teenagers who had broken into the mansion saw ghosts of the children and claimed to see shadows of the doctor’s murder through the light coming from an open door. The legend has spread throughout the region, even becoming the subject of a 2011 film simply titled “The Melonheads”, which is based around the West Michigan legend. 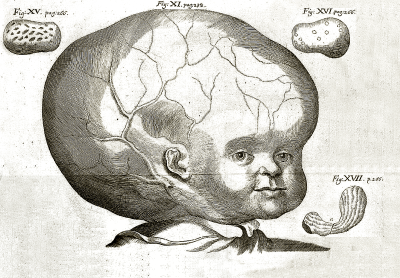 The melon head stories of Ohio are primarily associated with the Cleveland suburb of Kirtland. According to local lore, the melon heads were originally orphans under the watch of a mysterious figure known as Dr. Crow (sometimes spelled Crowe, Trubaino, Krohe or Kroh or known as Dr. Melonhead). Crow is said to have performed unusual experiments on the children, who developed large, hairless heads and malformed bodies. Some accounts claim that the children were already suffering from hydrocephalus, and that Crow injected even more fluid into their brains.
Eventually, the legend continues, the children killed Crow, burned the orphanage, and retreated to the surrounding forests and supposedly fed on babies. Legend holds that the melon heads may be sighted along Wisner Road in Kirtland, and Chardon Township. The melon head legend has been popularized on the Internet, particularly on the websites Creepy Cleveland and DeadOhio where users offer their own versions of the story. A movie, “Legend of the Melonheads” was released in 2010 which is based on the Ohio legend and various other legends in the Kirtland area.

There are several primary Connecticut variations. According to one variation of the myth, Fairfield County was the location of an asylum for the criminally insane that burned down in the fall of 1960, resulting in the death of all of the staff and most of the patients with 10-20 inmates unaccounted for, supposedly having survived and escaped to the woods. Some retelling of this version substitute the asylum with place of business or camp grounds and the inmates with employees, staff or camp-goers. The legend states that the melon heads’ appearance is the result of them having resorted to cannibalism in order to survive the harsh winters of the region, and due to inbreeding, which in turn caused them to develop hydrocephalus.

According to the second variation, the melon heads are descendants of a Colonial era family from Shelton-Trumbull who were banished after accusations of witchcraft were made against them causing them to retreat to the woods. As with the first version of this legend, this variation attributes the appearance of the melon heads to inbreeding. Melon Heads allegedly prey upon humans who wander into their territory. Also like the first version individual retelling will modify what town the family were originally from and where they inevitably end up.

A number of Connecticut-based legends of the melon heads has one similar characteristics in particular. This characteristic often involve a secluded, rustic or single lane (usually) dirt road running through the melon heads’ wooded and forested territory. Many towns in Fairfield County and New Haven County have rural and forested sections and it is not uncommon for these forests to have rural roads running through them. These rural roads at times are associated with the local variation of the Melon Head legend and claim to be part of the Melon Heads territory.

In Connecticut, some of the inspiration for a number of versions of the Melon Heads’ legends may be attributed to the local surroundings and landmarks. Central Fairfield County is home to the now defunct Fairfield Hills State Mental Hospital as well as the Garner Correctional Institution, both located in Newtown, as well as the Federal Correctional Institution located in nearby Danbury. Also this area of Fairfield County has been historically a rural area filled with farms and forests. The proximity of several criminal and psychiatric institutions as well as their juxtaposition to rural areas of the county may have contributed elements to the legend of the Melon heads.
While the legend of the Melon Heads is more widely told throughout Southwest Connecticut, one of several other similar legends of deformed or mutated humans can be found in various locations of Fairfield and New Haven County. These legends have been told in overlapping communities were some individuals would tell versions of one legend alongside other individuals who would tell versions of another legend. Over time this overlapping of oral tradition may have allowed the cross-contribution of elements to each other. Some similar legends include:

I love this legend, you’ve seen its influence in many Horror stories and it’s no surprise as to why.