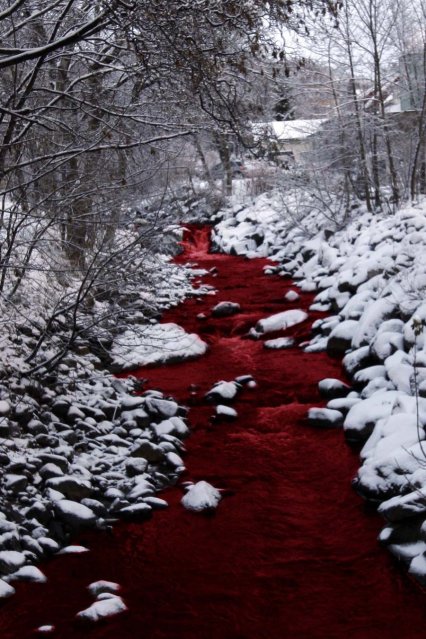 Can you feel that chill in the air?

Yes, winter is upon us so I thought it was the perfect time to share my favourite winter themed Horrors to help get us through this season of freezing cold weather.

The only thing I’m omitting from this list is Xmas films as I did a top twelve Xmas Horror list a couple of years ago (HERE), this is a list of Winter Horror films.

So here it is, my list of my top ten winter Horror films (the list is not in a favouritism order):

A crew in Antarctica finds a neighbouring camp destroyed and its crew dead. Whatever killed them is nowhere to be found, unless it’s hidden in plain sight.

A ski vacation turns horrific for a group of medical students, as they find themselves confronted by an unimaginable menace: Nazi zombies

A group of students investigates a series of mysterious bear killings, but learns that there are much more dangerous things going on.

Three skiers stranded on a chairlift are forced to make life-or-death choices, which prove more perilous than staying put and freezing to death.

A research expedition to the Arctic discovers that a melting polar ice cap has released a deadly prehistoric parasite.
After a famous author is rescued from a car crash by a fan of his novels, he comes to realize that the care he is receiving is only the beginning of a nightmare of captivity and abuse.
While snowboarding in the ice mountains with Jannicke, her boyfriend Eirik, Mikail and his girlfriend Ingunn, Morten Tobias has an accident and breaks his leg. His friends seek shelter for the night and find an abandoned hotel in the middle of nowhere.

A kindly English botanist and a gruff American scientist lead an expedition to the Himalayas in search of the legendary Yeti.

A radio host interprets the possible outbreak of a deadly virus which infects the small Ontario town he is stationed in.
Oskar, an overlooked and bullied boy, finds love and revenge through Eli, a beautiful but peculiar girl.
Honourable Mentions:
What’s your favourite winter Horror film? Let me know in the comments below.