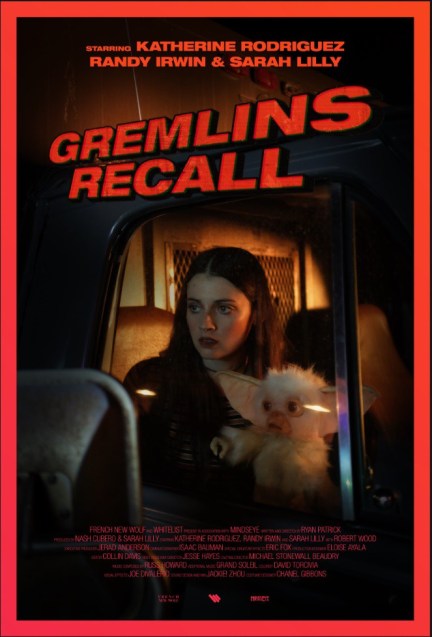 Are you a big fan of the “Gremlins” films?

If so then you are in for an absolute treat!

This unofficial short film was written and directed by Ryan Patrick, it serves as a sequel to the original 1984 classic made by Joe Dante. The short imagines what would happen if a company were to medicate and sell Mogwai as high-end pets to the general public. Naturally, things don’t really go well from there.

“The film follows Claire as she works the late night shift in her aunt’s diner. When she sees Owen, a Mogwai delivery driver, torturing the cute creatures, she tries to take matters into her own hands, not knowing what they can become.”

Watching this short film it’s hard to imagine that it was made in just three days, the practical effects were done by a favourite of nine, “Face Off” star Eric Fox, in fact it was him that brought this film to my attention.

The short is ten minutes long but it sure does pack a punch, it is obvious that the film has been made by true fans and a lot of attention has been paid to detail. So treat yourself this Holiday season and give it a watch.

CHECK THE FILM OUT HERE!