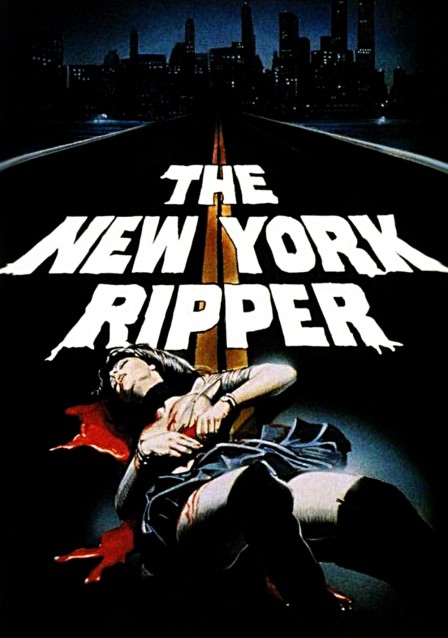 A burned-out New York police detective teams up with a college psychoanalyst to track down a vicious serial killer randomly stalking and killing various young women around the city.

There are certain films we are aware of simply due to the reputation they have, the same can be said for certain Directors as well.

With the director of this film being the one and only Lucio Fulci, a man who was known as the “Godfather of Gore”, that reputation was certainly in place as was the expectations that can come along with it. Luckily for fans of his work those expectations were met and then some as the gore factor is in full swing.
One thing was different though, Fulci’s film were known for having a supernatural tone to them, this feature took a different route and just went straight for the jugular on this one (no pun intended). This has to be one of his most straight forward pieces of work, it also has to be his most cut throat as well (that pun was intended.)

Talking of reputation my curiosity for the film was actually based on it’s reputation within the UK, it was rejected for a cinema certificate and was actually re-exported back to the rights holder in Italy under armed guard for fear of prosecution of either the UK distributor or the BBFC itself. I ask you, how often have you heard of that happening?!
The film itself is a true Giallo masterpiece, it has everything you ask for from the sub genre and from the Fulci himself. The plot itself is simplistic and plays out nicely, the splashes of blood are a welcome treat for gore fans. Some may say the film is tasteless, even by 80’s standards, but it doesn’t apologise for it.

After many years of being banned in Britain the rights were purchased by UK company Vipco who issued the film originally as an export-only VHS version under close censor & police supervision. When censorship laws were relaxed in the UK it was submitted to the BBFC for a certificate in 2002 and received 22 secs of cuts to the razor-blade murder, as well as a strict guideline that the film could only be released with minimal publicity. The film was then issued on VHS by Vipco but a DVD release was canceled after some UK DVD distributors refused to stock it. Consequently it was never available on UK DVD until 2007 when the movie was released by Shameless Films, and this version contained similar cuts but reduced to 19 secs via a different edit.

The lead role was originally offered to Catriona MacColl who had previously starred in director Lucio Fulci’s City of the Living Dead (1980), The Beyond (1981), and The House by the Cemetery (1981). She was apparently a little suspicious and turned the offer down. It would have been her second time appearing with Paolo Malco.

A death by razor blade was originally longer and more gruesome. Why the extra violence was cut is unsure, but images found on the Japanese DVD cover confirm that more gore was filmed.