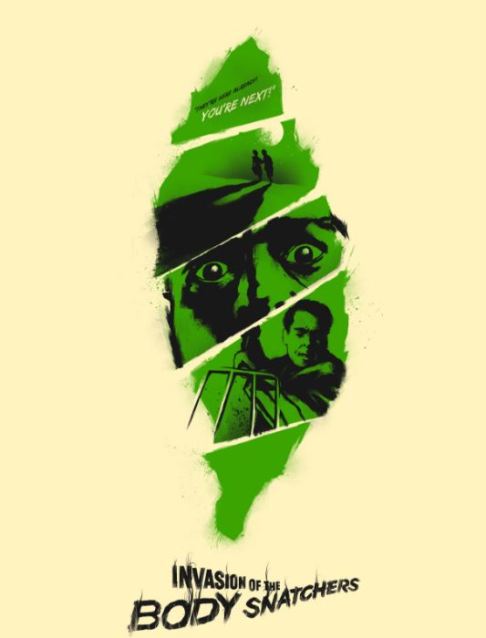 “The rest of the world is trying to change people for fit the world. I’m trying to change the world to fit people.”
Ever since I first saw “Invasion Of The Body Snatchers” as a child I fell in love with it instantly, I was gripped to the screen as Donald Sutherland was running around San Francisco trying to save the Human race. It was truly gripping stuff and there’s good reason why the story is still loved and indeed relevant.
After a while I finally got to see the 1956 original release and once again I fell in love with what I was seeing, sure it’s virtually the same story but both films were so well made. The films story still resonates with audiences today and for very good reason, this story taps into something very primal within us all.

But enough about what I think about this story, this about a post I found one night whilst searching around the internet. What you have here is a very informative video essay by fan Peet Gelderblom, he has put so much effort into this and it shows and at 47 minutes long he goes into depth about the evolution of the films.
If you’re a fan of the films I highly recommend you give this a watch (I mean it is free!), I found it truly fascinating and even though I wasn’t a fan of the later releases it was intriguing to hear this guys take on it. With news filtering out of it on the verge of it being remade again I suggest you get it watched now!
To watch the mini-documentary click the video below:

Remaking Fear: Evolution of the Body Snatchers from Peet Gelderblom on Vimeo.