For this ‘Ten Years On’ post we take a look back at “Eden Lake”.

The trailer for this film caused waves throughout not just Horror fans but film fans in general, people wanted to see this film. 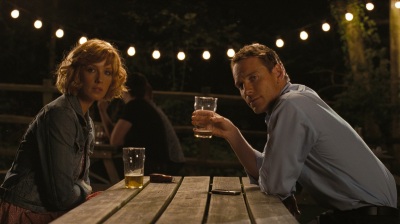 I remember my friends who usually hate Horror were really gripped by the films trailer, some of them actually wanted to see the feature, the others were just terrified by it. Personally I couldn’t wait to see it, it looked like it was going to be gripping and frightening film and I was a believer in the ongoing hype.
Unfortunately I couldn’t afford a trip to the cinema (story of my life) so I had to listen to people talk about it, both good and bad, but I tried to not listen too much to it as I didn’t want to have my judgement clouded by others opinions. This is something that even ten years ago was hard, spoilers are not exactly something new.

I finally got to rent it from my local film shop and after 90 minutes I sat there and didn’t know what to do with myself, I couldn’t remember the last a Horror film evoked such emotion from me. It was crazy, unhinged and had an ending that I didn’t know how to deal with, I still don’t, it still makes my jaw drop to the floor.
It was full of a tense atmosphere that made you feel a tad claustrophobic and makes sure you it keeps your attention, even when you just want to look away. I don’t know if that it’s a British Horror it resonated with me in a way more than it would with an international audience but I certainly felt uneasy about it and it’s realism. 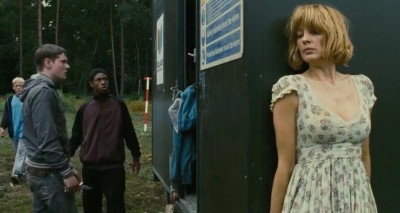 Ten years later an “Eden Lake” is still ranked high in most peoples opinions and that’s a good thing, the fact it’s still talked about all this time later means it got to people one way or another.