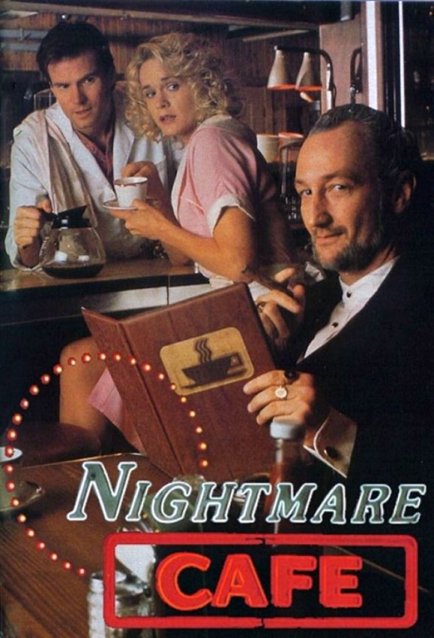 A murdered man and woman help others from making mistakes.
Some shows have had a short life but that doesn’t mean they weren’t any good, which brings me to “Nightmare Cafe” 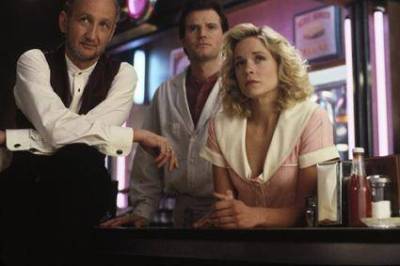 When people talk about shows from the past you will hear a lot of titles being thrown about, limit that to Horror shows and there are still a few you can name but there is one specific show that I have never heard get mentioned, that show is NBC’s “Nightmare Cafe”.

The show was created by late Horror icon Wes Craven back in 1992 and featured Lindsay Frost, Jack Coleman and also Craven and Horror favourite Robert Englund. It was initially supposed to be an anthology style show with stand alone episodes but Craven changed his mind. 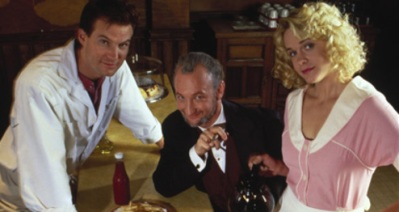 It’s a shame as I think that would’ve worked but I understand why Craven changed it up, he said he wanted the regular characters to be main characters so the change happened. Whether this worked for the best or not will never be known as the show was very, very short lived.

After just six episodes the show was axed, six episodes, that’s all we got. It never really got any chance at all to get going, it hadn’t even found it’s footing  or had chance to build a real fan base and then in the blink of an eye it was gone. It left us with so many “what if?” questions, 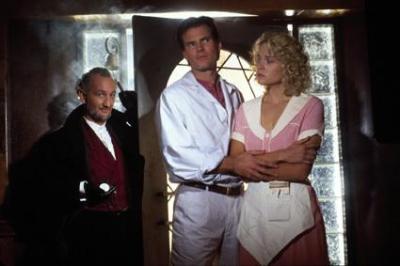 For those of us who have seen it we’re left with many questions, the big one being what was with the cafe itself? Was it a supernatural entity? (which was my guess), we’ll just never know. Things like this really annoy me as I’m a viewer who heavily invests in a show.

I’ve never understood the workings of how a TV station works but what I do know is that studios have a track record of doing things like this, I just never understand the mindset to promote and make a show only to have it cancelled after just six episodes. 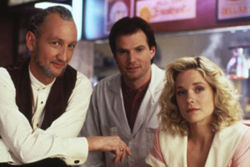 The possibilities this show had were endless, it could’ve made so many great twists and turns and told some great tales but instead it will forever be in the ‘never to be resolved’ pile.