Have you noticed it too?

Fan made films are becoming more and more popular, so much so that it makes you wonder where it will go. 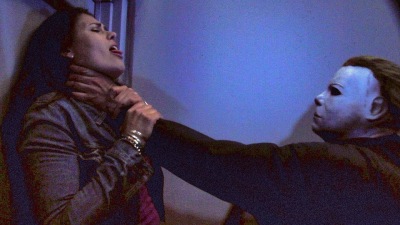 It’s no secret that we live in a day and age where you can make a film with your phone (whether that’s a good or bad thing I’ll leave up to you), plus there arte also plenty of platforms to share them on with places such as YouTube, DailyMotion, Facebook, Twitter and many more.
Because of this we have seen more and more of these fan films being released through these platforms, with these films we’ve been able to see fans take some of our most beloved characters and see a new spin being put on them or even see something from a different perspective.

There have been unofficial prequels and sequels, Some have even done some much fan anticipated Horror character crossovers. Now I don’t know how the legalities of all this works out but there some really well done stories that you can tell have been carefully thought about.

The length of these films can range from just a short scene or two to a full blown full length feature, some of them can cost pennies to make to thousands upon thousands of dollars. If you’ve ever watched any of them you can see they’ve been made with a lot of passion and a ton of hard work.

I’ve noticed over the years that these films have been gaining a lot of online traction, especially over the last 12 months or so. It’s a great way for people to get their names out there and showcase their talents whilst drawing in viewers based on the well known characters featured in them.

Last year a fan film was brought to my attention, it was called “Never Hike Alone”, a “Friday The 13th” fan film that went and exceeded the expectations of what you expect from a fan film and in the process set off an unexpected chain of events that I’m excited to see the outcome of.

After the huge success of “Never Hike Alone” a new version of a fan film is being made, a film called “13: Fanboy”. It’s being made by a “Friday The 13th” alumni Deborah Voorhees and will star fellow “Friday The 13th” stars such as Corey Feldman, Adrienne King, Kane Hodder and even Horror icon Dee Wallace.

Is this the next step in  fan films? How far does it go? I have no idea but I’m looking forward to seeing where this all goes.