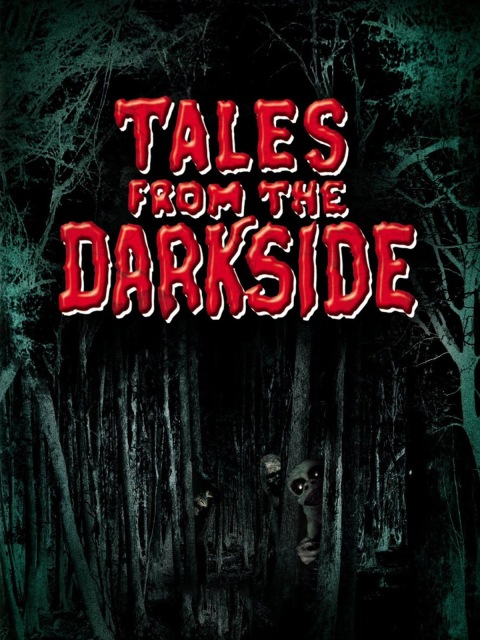 “Man lives in the sunlit world of what he believes to be reality. But…there is, unseen by most, an underworld, a place that is just as real, but not as brightly lit…a dark side.”
Just thinking of that deep voice on the intro to this fantastic show gives me chills, it perfectly set the tone for what you were about to watch. It was a great show and I thought it was about time I did a post of my favourite episodes.
So here it is, my list of my top ten “Tales From The Darkside” episodes (the list is not in a favouritism order): 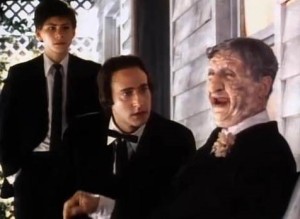 “A Case Of The Stubborns”

Jodie and his mum are grief-stricken by the passing away of Jodie’s grandfather, but they soon find themselves with a lot more to be upset about when he gets determined not to stay dead.

A woman is troubled by a mysterious phone call and tries desperately to help the person on the other end of the line.
Nasty old Mr Killup uses Halloween to taunt kids. This year, he’s in for a surprise, from which even his long-suffering son Michael cannot save him.

On Christmas Eve, a father ends his two children’s boredom by holding them spellbound with a scary story about a fearsome beast known as the Grither.

Charles is a meek inventor living with his greedy nagging wife Rose. The mail brings them a misdirected box saying “Do Not Open This Box”. Then the postman comes looking for it and says there will be Hell to pay if he doesn’t get it back.

A pretty university student named Stacey waits to board a train that will take her home for Thanksgiving. However Stacey soon discovers there is something unusual and terrifying about the last car of this train.

“Family Reunion”
Janice Perry claims that her husband Robert has kidnapped their son Bobby, but Robert maintains that the boy needs to be cured of an illness. After all, Bobby hasn’t been himself lately.

Newspaperman Bragg debunks charlatans as a way of “staying sane.” His latest quarry is the obscure circus of Dr. Nis. When Bragg visits, Dr. Nis tries to prove its authenticity.

What is scurrying around inside the closet of the upstairs room that grad student Gail Aynsley rents from veterinary school dean Dr. Fenner? Gail doesn’t know, but she is determined to find out and Dr Fenner isn’t telling.

Well there you have it, my top ten “Tales From The Darkside” episodes. I’d love to hear your opinions so tell me in the comment box below, what’s yours?