The emotional story of Kane Hodder who survived a harrowing childhood and near-death accident to become one of films biggest and most beloved horror icons.

There’s one guy I have an absolute ton of respect for, not just in the Horror genre but in general, that guy is Kane Hodder. 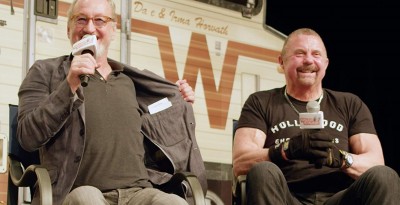 Kane is a living, breathing icon of the Horror genre and for good reason, the guys body of work (no pun intended) speaks for itself. Since word of this documentary started making the rounds I was extremely excited for it, as a fan of Kane Hodder and Horror any documentary like this gets my attention.
I’d also read the book of the same name and it quickly became one of my favourite books so to see how this was going to be done to be shown on screen was intriguing, plus the fact that Kane has a lot of stories that range from the most hilarious to the most heart breaking and to be able to hear him tell them makes you feel privileged.

I don’t want to spoil anything for you, especially those who haven’t read the book (don’t worry you don’t have to have read it to watch this) but he leaves no stone un-turned and doesn’t shy away from anything and truly gives you everything there is to now about him, his career and his life.
Like I said earlier you feel privileged hearing Kane open up about his experiences. You also get to hear from others such as Adam Green, Bruce Campbell, Robert Englund, Danielle Harris and many more about what they think of Kane and the stories they have to tell about him. 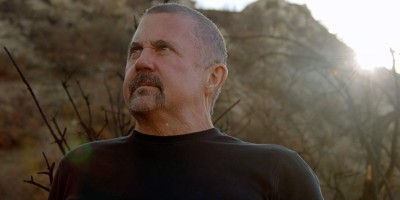